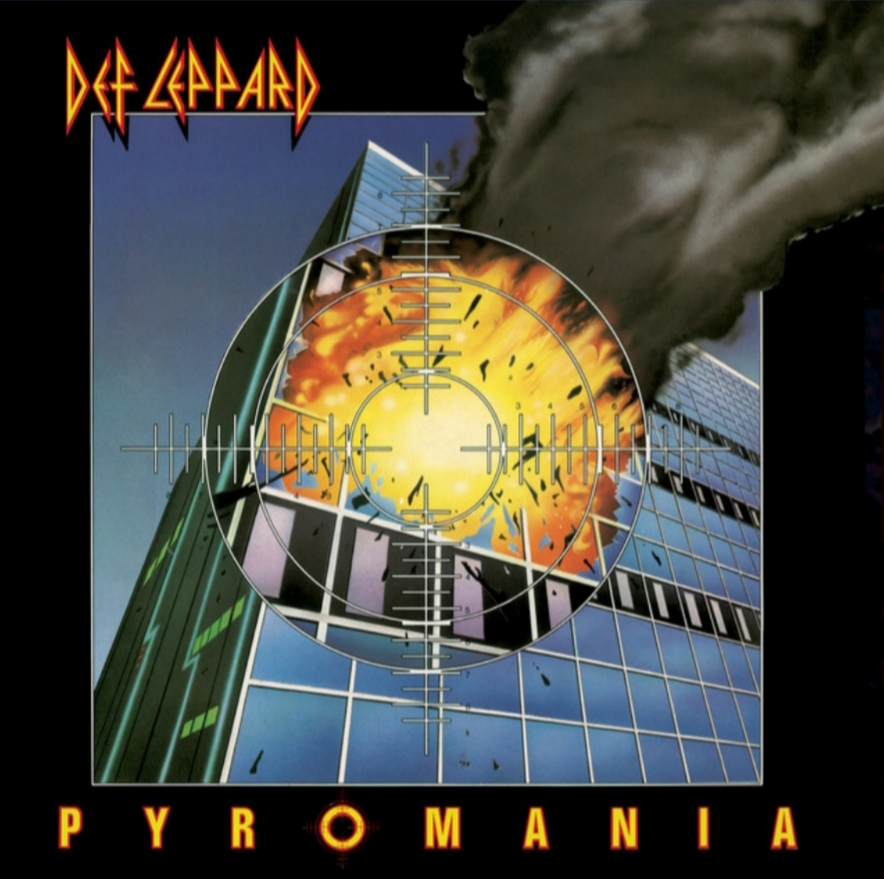 On January 20th, 1983 (exactly 37 years ago), Def Leppard’s Pyromania album was released to the public and made Def Leppard one of the biggest bands in the world. This album means a lot to me because it was the first Def Leppard album I ever listened to from start to finish. It was also the first album where I liked all the songs. Usually, I only enjoy five of the ten songs on an album in general, but Pyromania was different. All of these songs were real bangers. Even their not-so-good songs were bangers. Pyromania was also the first album with Phil Collen after Pete Willis’ firing for drinking on the job too much in 1982. By the way, it still freaks me out knowing that Phil wore a shirt during this era, that’s how you know this was early in Phil’s time with the band.

But seriously, I remember the first time listening to this album. I was on my way to my cousin’s wedding and decided to play Pyromania on my Spotify because I was curious about it. After all, this was one of their big albums; it was certified diamond for selling over ten million copies in the U.S. I was still unfamiliar with Def Leppard’s catalog at the time, and I only knew the well-known hits like “Rock of Ages” and “Photograph.” But I got to say, after I finished listening to that album, I was a changed person! I mean, this album was incredible! You have to praise Rick Allen for his loud, pounding drumming and Steve for his unbelievable guitar riffs. I can see why this album became such a big hit in America because let’s face facts people, we all need some rock ‘n’ roll in our lives! I will admit it took me more than a few listens to really get into their not-so-well-known hits like “Die Hard The Hunter,” “Too Late For Love,” and “Stagefright,” but I love them now!

“Rock of Ages” will always have a special place in my heart, however, because this was the first Def Leppard song that made me go “Wow, this band is fucking awesome!!!” The first time I heard this song was in a YouTube video for their Live in Germany concert in 1983. I was intrigued by how fast they played this song, compared to the original version, which I checked out afterward. Then I became obsessed with trying to determine the different tempos Def Leppard played this song during their shows. They played it slower in their In the Round, in Your Face concert in 1988, which was fascinating to discover! I’ve listened to that song so many times that it just stuck with me, and now I cheer on Phil every time he performs his solo before the last chorus because it gives me life!!!

Pyromania was more than just an album; it was a moment in rock history!!! I can’t wait to hear Def Leppard perform my favorite songs from this album when I see them live one day! Thank you, Def Leppard, for creating an album that I enjoyed in its entirety and for reigniting my love for rock ‘n’ roll!

What is your favorite song from Def Leppard’s Pyromania album? I’d love to know! Leave me a comment down below to start a conversation!

From 1983 to 2013, guitarist Richie Sambora helped co-write some of Bon Jovi's biggest hits including "Wanted Dead or Alive" and "I'll Be There For You." Throughout his career, Sambora released three studio albums that deserve much-needed appreciation. 👌 Head over to my blog now to read my top 10 Richie Sambora songs (link is in my bio)!
At least Paul Di’Anno left Iron Maiden with a bang because ‘Killers’ is f*cking great and it would be their last “punk” album ever. 🤘 With the addition of guitarist Adrian Smith, the band was heading in the right direction. 👏 Thanks to songs like “Prodigal Son,” “Murders in the Rue Morgue,” and “Wrathchild,” Iron Maiden avoided the sophomore slump with ‘Killers.’ 🎶 Head over to my blog now to read the full album review (link is in my bio)!
For my latest edition in my ‘Songs with the Same Title’ series, I took on the thrash metal band Slayer, and I was pleasantly surprised by what I heard. 👍 Their sound reminds me of the early Metallica days, so I enjoyed a few of the tracks. 🤘 Will Slayer be my latest obsession? No, but I’ll give them props for their musicianship. 🎶 I compared two songs from each round (one from the respective artist and one from a different artist) and I picked my favorite of the two. Then after six rounds, I picked the overall winner of the battle. 🥊 Head over to my blog now to read the full post (link is in my bio)!
🎶Charlotte the Harlot, show me your legs / Charlotte the Harlot, take me to bed / Charlotte the Harlot, let me see blood / Charlotte the Harlot, let me see love.🎶
🎶Whatever it takes, I know I can make it through!🎶 Besides ‘Full House,’ ‘Degrassi’ is one of my favorite shows ever. It taught me about accepting people for who they are different and helped recognize the issues teenagers face these days. 👍 My favorite character on the show was Eli Goldsworthy. 💕 However, as much as I love ‘Degrassi,’ there are some things I need to get off my chest regarding show format, character development, mismatched couples, and J.T. Yorke’s death. Head over to my blog now to read my full rant on everything ‘Degrassi’ did wrong (link is in my bio)!
Recently, I reviewed Dio’s ‘Lock Up the Wolves,’ which marked major changes in the band’s line-up. 😐 Sometimes a line-up change can work against the band, but not for Dio, as this one is a pretty good record. 👍 Again, some of the lyrics were questionable, but tracks like “Twisted” and “Hey Angel” were killer and did this album justice. Also, Simon Wright played drums for ‘Lock Up the Wolves,’ and as noted in my AC/DC reviews, I love his sledgehammer drum style, so I enjoyed his work on this album. 👏 Head over to my blog now to read the full review (link is in my bio)!