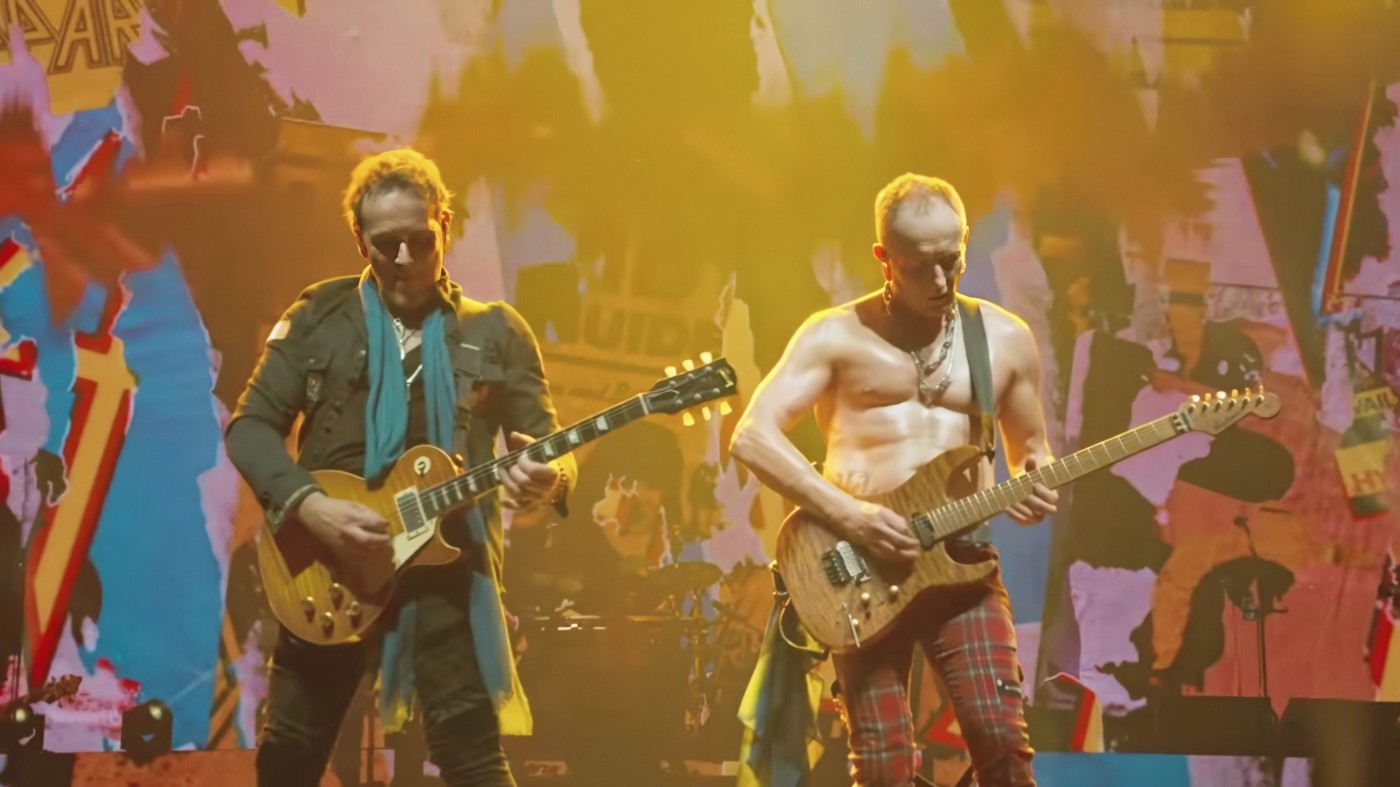 I love Def Leppard, but sometimes I feel like their setlists have gotten pretty predictable throughout the years. They still sound great live, and the experience itself is mind-blowing (from what I’ve researched), but I think it’s time for the boys to spice up their concerts. Their catalog is so diverse, yet they play the same hits over and over again, which I am not totally against; I love “Hysteria,” “Pour Some Sugar On Me,” and “Animal.” But I’m getting sick of “Bringin’ on the Heartbreak,” “Switch 625,” and “Two Steps Behind.”

I have some suggestions on songs Def Leppard should add to their setlist, spanning from the early days to their most recent studio album.

It’s my favorite song from Slang (1996), and they only performed it on the respective tour. I don’t know why, though, because it’s a beautiful song, and it’d be nice to throw in another ballad to Def Leppard’s setlist. Slang got mixed reviews because people were confused by the band’s switch to grunge. It’s not my favorite Def Leppard album, but I love the toughness to it, and I admire the boys for taking a risk and writing real songs that showcased the emotions they were experiencing at the time: pain, loss, anger, and heartbreak.

I’m not a huge fan of Def Leppard (2015); then again, I’ve only listened to it once, so I might change my mind after I give it a few more listens. I do love this song, though, and it’s the best song on the album. Everyone sings vocals for it, including Rick Allen (he doesn’t sing much so that he can focus on keeping time during performances). The 2019 Vegas residency was the first time Def Leppard performed “We Belong” live, and the crowd loved it. Going back to what I said about the band playing more ballads, I think it’d be nice to see the band slow down for a few songs because it gives the audience a chance to pay more attention to the backing vocals done by Phil Collen, Vivian Campbell, and Rick Savage.

This song has sentimental value to me, so it sucks that Def Leppard doesn’t play this song often anymore when it deserves the spotlight. They brought it back for their Vegas shows, and they proved that they still got it with the harmonies and melodic guitar parts. I feel like that was a one-time thing, though, because they had more time in Vegas to play more songs. “Have You Ever Needed Someone So Bad” is a beautiful song, and it seems like Adrenalize (1992) got kicked to the curb after the respective tour, except for “Let’s Get Rocked.” Other than the Vegas residency, they haven’t played “Have You Ever Needed Someone So Bad” since 2005.

Correct me if I’m wrong, but Def Leppard hasn’t played this song since 2013, specifically Viva! Hysteria. High ‘n’ Dry (1981) is another classic Def Leppard album that got thrown in the dust to make way for the Hysteria album. The only song they play from that album is “Let it Go,” which is good, but not good enough for me! It is also the first non-Hysteria song I grew to adore after listening to Pyromania (1983) and Hysteria (1987) for weeks.

The first time I watched Viva! Hysteria, I felt so bad for the boys when they performed as Ded Flatbird because the crowd was dead! Nobody was cheering or anything; they were waiting for the Hysteria catalog (the crowd is better in this video, however), which is unfair because Def Leppard had hits even before that album came out. On Through the Night (1980) is the band’s first album, so it’s not their best work, but not bad considering how young they were at the time. Their first two albums got categorized as heavy metal, and part of it is due to Pete Willis’ dangerous guitar riffs. By the time Pyromania got released, the band aimed for a more hard rock/glam metal sound.

I don’t care where I am or what I’m doing; I blast the f*ck out of this song! It gave me AC/DC vibes the first time I heard it, which makes sense cause Mutt Lange worked with AC/DC previously before taking on Def Leppard. They haven’t played this song since Viva! Hysteria. There was that one gig back in 1983 when Collen “attempted” to do Willis’ guitar solo, but it didn’t sound right. Campbell did a better version of it in 2013, so if Def Leppard brings “High ‘n’ Dry (Saturday Night)” back, they’ll know what to do for next time.

The X (2002) album marked another musical transition for Def Leppard, and for the most part, it did a decent job, charting at number 11 on the Billboard 200. But unfortunately, it didn’t live up to the commercial standards of their previous albums, and as a result, Def Leppard abandoned that album for good after the respective tour. They brought back “Now” and “Let Me Be the One” for the Vegas residency, but not “Long, Long Way to Go,” which is a shame because it sounded great on the X tour. The electric guitar gave it a fresh, new feel, and I can relate to the lyrics in many ways. I bet others agree with me!

“White Lightning” is a no-brainer because it’s Def Leppard’s tribute to Steve Clark. Adrenalize is my favorite Def Leppard album too, so, yeah! Collen had to play both his and Clark’s parts, not an easy thing to do since he and Clark had different styles of playing. On the Adrenalize tour, Collen did a solo, then transitioned to “White Lightning,” and that tour became known for their insane outros and guitar solos. Since they haven’t played “White Lightning” since then, I’m curious about how Def Leppard would play it now, with or without a guitar solo. The screens and video montage that plays during “Hysteria” is cool, but it would be better if the band brought this song back because I know the fans would enjoy it! It’ll be another reminder that Steve Clark is still with us.

There you have it! Those are the songs I want Def Leppard to add to their setlist. So get on it, boys! I’m just joking, but it would be nice if they try something new for upcoming gigs and leave the audience wanting more.

3 thoughts on “Which Songs Should Def Leppard Add to Their Setlist?”