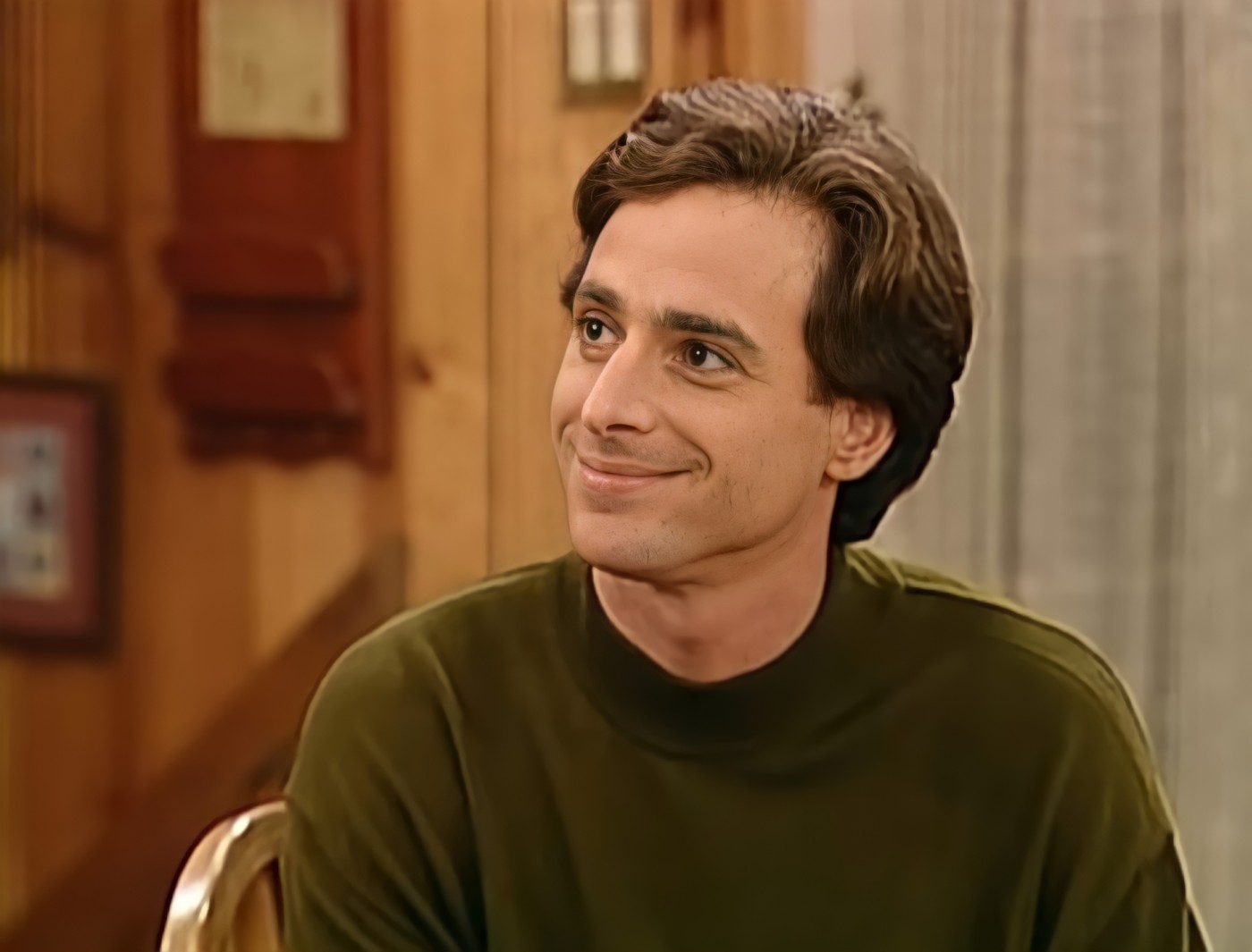 By the time this is posted, it’ll be over three weeks since comedian and actor Bob Saget’s tragic death. Saget was born on May 17, 1956 and died on January 9, 2022, at age 65. He was best known for the role of Danny Tanner on my favorite TV show of all time, Full House (1987 – 1995). Saget reprised his role on the Netflix sequel titled Fuller House (2016 – 2020). Danny Tanner was a single father raising his three daughters D.J., Stephanie, and Michelle. He had some help from his best friend Joey Gladstone and brother-in-law Jesse Katsopolis.

I wasn’t going to do a tribute post to Saget right away because I wanted time to gather my thoughts. Plus, I didn’t find out about his death till about 6:30 to 7:30 p.m. when my mom and I just got back from Don Quijote. That tends to be my speciality; I’m usually late to the game and I don’t find out about things until the last minute.

When I first heard the news, I couldn’t believe it! Words can’t even describe how devastated and broken I was when I heard that Saget had passed away, just like that. I’ve read my WordPress friends’ posts about the deaths of musicians they grew up with and I couldn’t really connect with them since I was late to the rock ‘n’ roll fan club. But I really did grow up with Saget, since Full House was my whole life. I used to watch it at both of my grandparents’ houses (mom’s side and dad’s side). Those were the good old times!

I have almost all of the seasons of Full House on DVD, except for season five. I must’ve worn out some of those DVDs quite a bit because the first disc for season one doesn’t play anymore. I don’t do TV show marathons as much as I used to, but it’s good to have those DVDs just in case I need them. I sometimes watch funny clips of Full House on YouTube, so it’s not like my life is over if I don’t have time to pull out one of my DVDs. Full House is a really special show near and dear to my heart because it’s one of the few shows that I’ve seen every single episode ever aired (the other show I’ve seen all the episodes for is Reba). No matter how many times I watch those episodes, I never get sick of them!

Bob Saget was one of the many things that made the show so great! As Danny Tanner, he was a loving father to his three girls and gave great advice to those he cared about. But Danny had his moments where he got loose, proving to his family that there was more to him than being spick and span.

He had that likeability factor that made everyone watching their TVs at home connect with him. The viewers sympathized with Danny when he accidentally overheard Joey calling him a “psycho with a dust mop” in season five. They were so happy for Danny when Vicky said yes to his marriage proposal at the end of season six. They also cried when the couple later called off their engagement and broke up halfway through season seven. But most of all, the viewers supported Danny as he navigated his way through life after the death of his wife, Pam.

Some of my favorite Danny Tanner moments on the show include him singing “My Girl” by The Temptations to D.J. in season four, his speech to D.J. after he learns about her crash diet (also from season four), and when he tries to do karate while impersonating Elvis in season two. Oh, did I mention the time when Danny rocked out on the electric guitar for his audition to be in Jesse’s new band in season eight? Plus, how could I forget the time when Danny sang “We Will Rock You” while helping Becky with her Lamaze breathing in season five? There are too many great Danny Tanner moments to list; the same thing goes for all of the other Full House characters.

Now I understand how my WordPress friends feel whenever one of their favorite musicians has died. Not that I thought Bob Saget was immortal, but it’s so weird to think that someone from my favorite TV show could die, just like that. He wasn’t even 70 yet. He was just on Fuller House like less than two years ago, what the heck! The worst part is going on YouTube and seeing the recommended videos on the side, which include episodes from Bob Saget’s podcast and they’re not even a year old yet! As I’m writing this, his episode with Scott Weinger was from four months ago. September 6, 2021, to be exact.

I sometimes worry that I’m not going to be able to watch Full House the same way, ever again. It’s like when Cameron Boyce passed away in 2019 and Cory Monteith passed away in 2013. I never looked at their respective shows, the same way ever again! Of course, I’m still going to laugh at Saget’s funniest moments, but now, it’s like, “rest in peace, Bob Saget.” Not to get all sad and depressing, but it’s a scary feeling.

At least Saget lived a good life and he gave us such wonderful memories that we will treasure for the rest of our lives. My prayers go out to his friends and family, and both the Full House and Fuller House cast during this difficult time! Thank you, Bob Saget (also known as Danny Tanner) for all of the life lessons, for making us laugh and cry, for inviting us into your home, and for being the best TV dad anyone could ask for! Rest in peace, my friend!