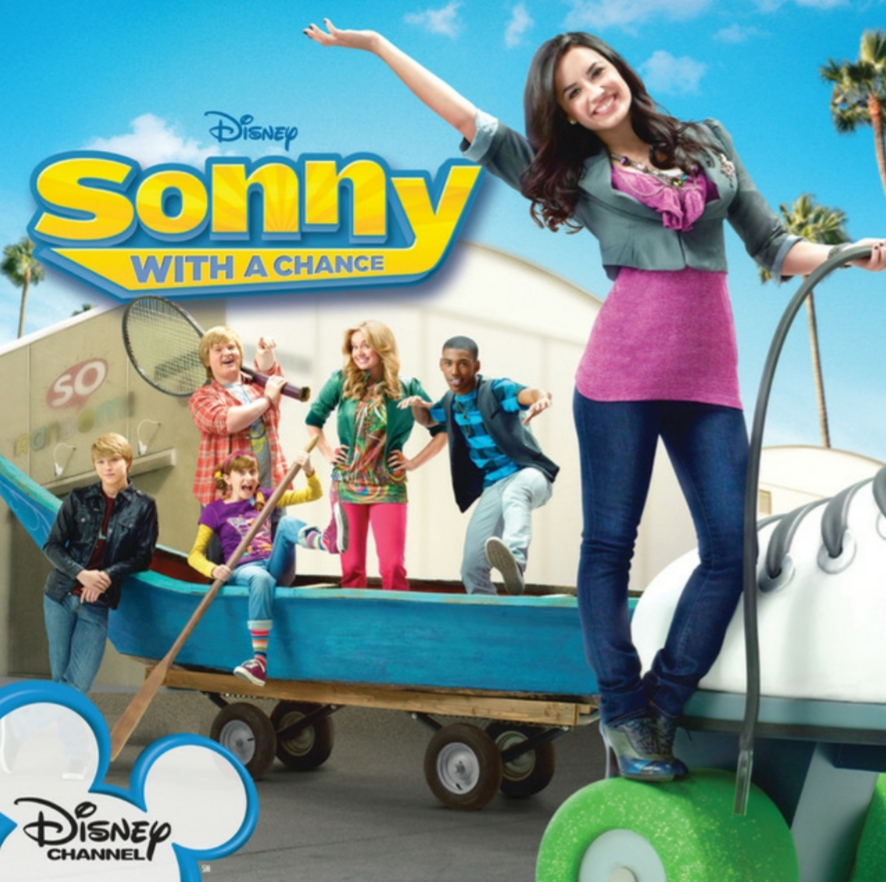 Demi Lovato was my favorite Disney Channel star ever!!! Camp Rock was my life, “Get Back” was like my go-to karaoke song, I based my wardrobe off of Demi Lovato’s, and my favorite Disney Channel show at the time was Sonny with a Chance! Ask me which Disney Channel show I miss the most, it’d be this show because I loved Sonny with a Chance, and Sonny and Chad were life! So for this post, I wanted to show some appreciation for this Disney Channel classic because I feel like it doesn’t get talked about enough! When it ended, and it became the spinoff series, So Random!, that’s when I realized things would never be the same again!

Sonny with a Chance, which ran from 2009 – 2011, was about a girl named Sonny Munroe (played by Demi Lovato), who moves from Wisconsin to Hollywood after landing a starring role on her favorite sketch-comedy show, So Random!. The show centered around her adventures and the friendships she formed in her new home. I loved the idea of having a show within a show; I thought that was so clever. I think it also proves that what happens behind the scenes is funnier than what happens on screen. I still love the check-it-out girls though, that skit was hilarious!

Tawni and Chad had the most character growth because they both had very self-centered personalities and loved to steal the spotlight from others, but they became nicer as the series went on. Tawni hated and was jealous of Sonny at first, but then grew to like her, and they became best friends. Chad was the star of Mackenzie Falls, the rival of So Random!, so there was an ongoing feud between the cast of both shows. However, when Chad and Sonny started dating, he slowly became friends with the cast of So Random!. Except for the heartbreaking episode titled, “Sonny with a Choice,” Chad cleaned up his act and became a nicer person, compared to season 1.

I loved the development of Sonny and Chad’s relationship because they had a love-hate relationship at the start of the series, but you could tell that they liked each other and didn’t want to admit it. There was that iconic, “Fine, fine, good, good” argument that I still quote to this day! Then, BOOM, season 2 comes, and it took Chad a while, but he finally asked Sonny out on a date in “Falling for the Falls.” Sonny and Chad brought out the best in each other because Sonny is kind and down-to-earth, while Chad is very arrogant and spoiled, but together they brought out each other’s best qualities. Chad really liked Sonny, I mean he accidentally puked on her during their first date because she made him nervous, so yeah!

What I admired the most about Demi Lovato was her singing. She didn’t sing much until later in season 2 when Sonny performed “Me, Myself and Time” in the episode titled “Sonny with a Song.” I wish I wrote the song myself because it’s a banger! She also performed “Work Of Art” in the Halloween special of the show, and during the Christmas special, she performed “Song For You” with Joe Jonas. In the final episode of the series, Sonny performed the song “What To Do,” a very bittersweet one for me. I love the song, but it’s so sad because it’s about her relationship with Chad (they broke up the previous episode).

Half the reasons why I loved Sonny with a Chance was for the music, even “Stop S.P.S.” was catchy, and it was just a silly song about creating awareness for skinny pants syndrome. You have to watch the show to understand the humor!

Nothing was the same after the show ended, I started middle school, Demi Lovato went to rehab, I got into One Direction, and parted ways with my friends. It was a weird/sad time. To make matters worse, I was still grieving over Sonny and Chad’s break up because they deserved a happy ending! Chad went through all that development, for him to return to his arrogant self in the end? It just didn’t make sense. I still love this show dearly, and I miss it every day! The cast did a phenomenal job in their roles, especially Demi Lovato.

It was for understandable reasons, being Demi Lovato was struggling with addiction and needed help, but it was still sad to see my favorite show end. On the bright side, we have Disney+ and YouTube to relive the show and Spotify to enjoy the music too. Most importantly, Demi Lovato is in a better place now and is still making music to this day!

What was your favorite show on Disney Channel, one that you looked forward to every time a new episode premiered? Let me know in the comments down below!