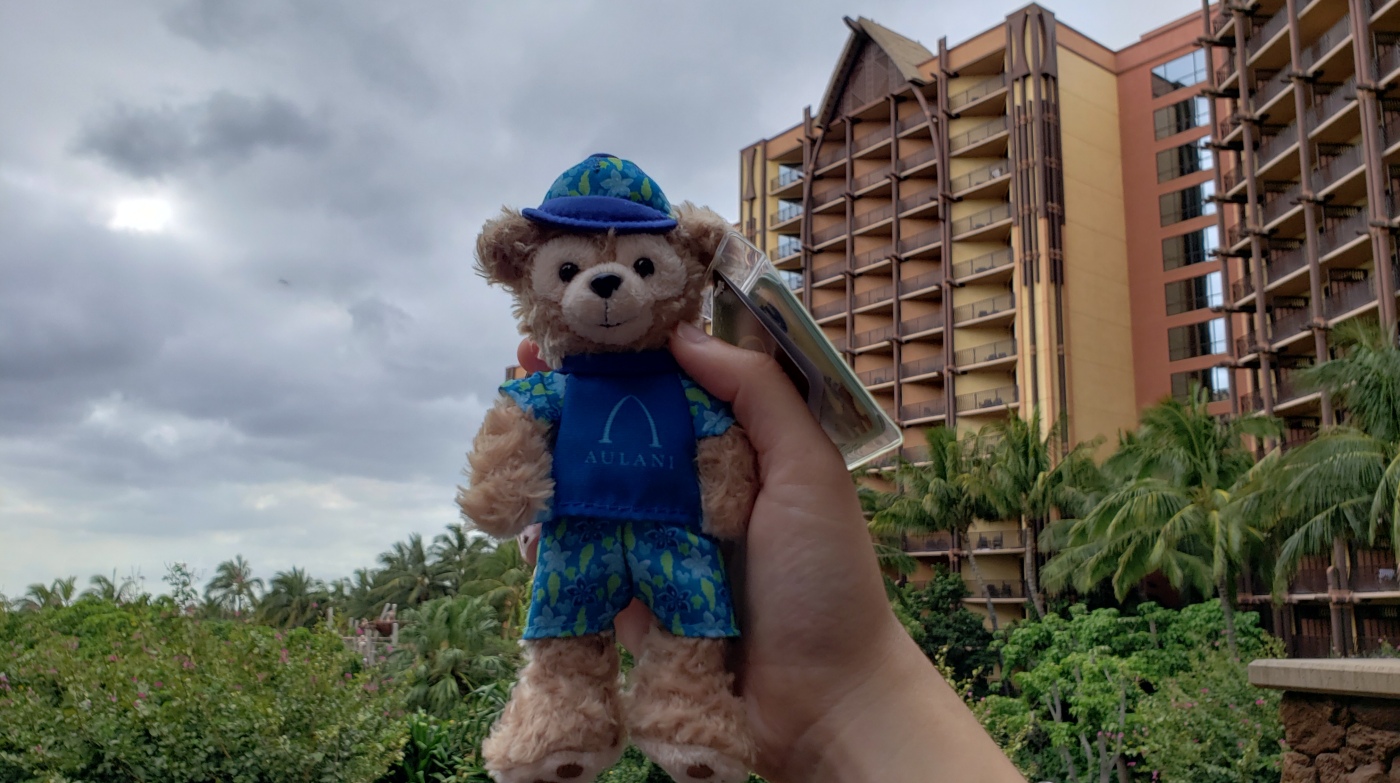 On Friday, February 14th, 2020, I had the privilege to meet up with someone who works for Aulani, a Disney Resort & Spa! It was only for a short amount of time, but it was an experience I will never forget! I mean, how often do you get to say you spent Valentine’s Day at Disney?!?!? Read further if you want to know what happened during this magical afternoon!

How did it all start? Well, my professor from one of my Communication classes, after discovering my love for Disney, mentioned that she has a friend, Nikki, who works for Aulani as the public affairs director at the resort. At first, the plan was to interview her for a group interview assignment in my COM 421 class. But none of our schedules matched up with hers, so we could not do the interview! However, I was very interested in learning more about what it’s like to work for Disney and how to get started with the company, so I asked her if I could do a solo interview, to which she said yes!

She had an opening on Friday, February 14th, which was perfect because I have no classes on Friday, so we scheduled that date, and I’d let her know when I arrived at the lobby! As soon as I got there, I was breath taken by the scenery, and guests checking into the resort, they looked so happy to be there! The lobby is beautiful; the details on the walls, the ceiling, the paintings, and floors, etc. are incredible, and Disney did a great job in bringing Hawaii’s culture to life!

I arrived early for our appointment, and about ten minutes later, Nikki took me to this fancy room where they have meetings with these long tables and the biggest TVs I’ve ever seen! I was nervous, but as the interview went on, it got easier to talk to her, and our bond over Disney helped a lot! We talked about how she got started with the company, the best part about working for Disney, her interest in public affairs, and the importance of networking!

She got started with Disney because a friend of hers worked for Disney. While on an internship with the city of Anaheim, she heard about the position at Disneyland, asked her friend to give her a recommendation, and became the public affairs director at Disneyland! After working there for quite some time, an opening position at Aulani came up, so she applied and got hired, becoming the public affairs director at the resort! Besides the necessary skills, networking plays an essential role in getting the job!

I didn’t want to take up too much of her time, so after about an hour, we ended the interview and went our separate ways! But we will see each other real soon for sure! I’m glad I had the opportunity to meet Nikki because she had a lot to say about her work; it also was inspiring to hear her story, how she manages to pull herself together on busy days, and what Disney means to her! I’m one step closer to accomplishing my dream of working for Disney! Internships, networking, resume building, public relations, social media classes, I’ll do it all until I reach my goal!

After our interview, I took advantage of the time I had left at the resort before my mom picked me up, and I walked to Kālepa’s Store to pick up a souvenir to remember my magical afternoon! I decided to go with a Duffy keychain so that I could clip him onto my school bag (my previous one was Perry the Platypus). I went back to the lobby to take some photos outside on the top level of the hotel, and down below, I spotted Daisy!!!! Unfortunately, I didn’t have enough time to wait in line to meet her, but I do have this photo as proof that I saw her! Her outfit was so cute, by the way!

I was supposed to meet my mom outside, but I was late, so when I saw her car out in front, and she wasn’t there, I was confused! My mom came early, and the cast members let her park in front of the lobby because they weren’t that busy at the time. Earlier when we first arrived, my mom asked about where is the best place to park, and a cast member kindly told her about the different parking areas and parking validations! Another one even complimented my Perry the Platypus keychain on my school bag!

Not only was this hotel gorgeous, but the staff was friendly and made our visit even more special! Nikki did say that Aulani makes it their priority to treat guests like it’s their dream vacation, and she was not wrong!

I left the resort that day with a smile on face and hopeful for what the future has in store for me! I will forever be grateful to Nikki for taking the time to talk with me about her experience working for Disney and more!